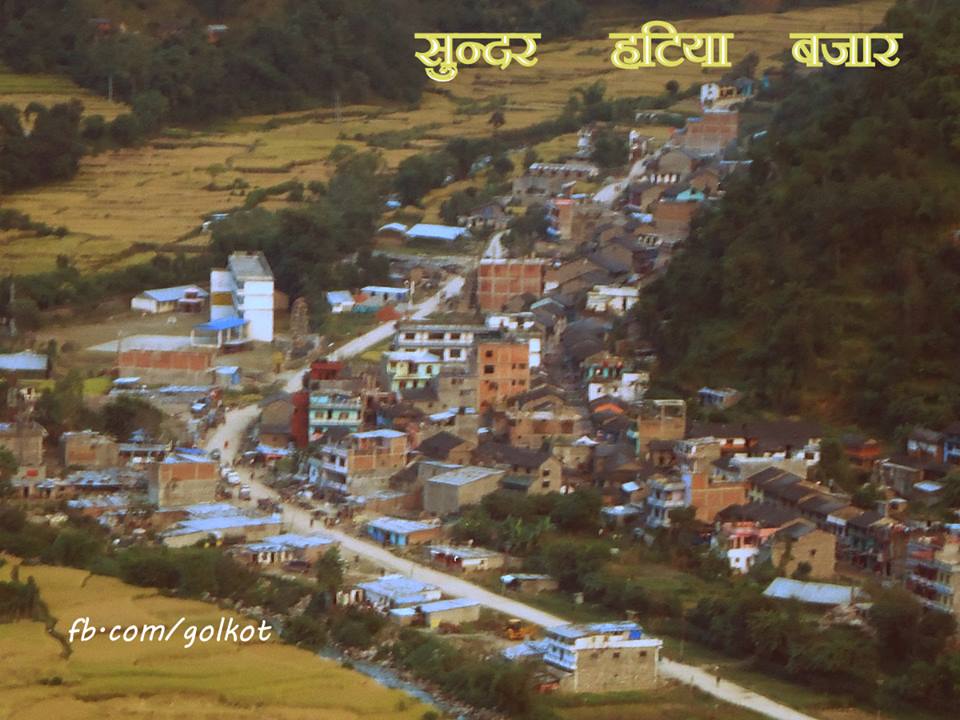 Galkot is home to thousands of diversified culturally rich people, a destination for many and core attraction in Baglung, Nepal.

Located in Baglung district, Galkot is also known as “golkot” was one of the 22/24 states before Prithvi Narayan Shah unified Nepal into one kingdom. Mallas were the king and used to rule across the Galkote area.

People living here are also known as Galkote. People of different ethnic communities, castes, languages and tribes live here. The total population of Galkot is 77, 595 with 40,480 being female.

Many popular local and international artists, politicians, scientists, entrepreneurs were born here. You can find about them in the latter part of this post.

It is in Baglung district of Gandaki Province (province number 4) of Nepal. Baglung is also famous for being identically similar to the map of Nepal.

Surrounded by Myagdi, Parbat, Rukum and Gulmi, it lies in the central part of Nepal making Pokhara the closest metropolitan city with the total area of 1100 square kilometres.

People and the economy

73,595 total population live here with more than half being female.

Majority of the population if Hindu, while the number of Christians and Muslims is also increasing because of migration and other reasons.

With the people being more educated, English is the mode of teaching in most schools. Nepali and Magar languages are widely spoken here.

For daily living, people heavily depend on agriculture and farming. However, this number has gradually declined as many youths and adults go to foreign countries for employment and some join military forces in Nepal, India, UK and Singapore.

Lately, Japan has been one of the attractive employment destinations here.

Because of Maoist insurgency during 2050 – 2060 B.S, many local residents migrated to secured places like Pokhara and Kathmandu leaving everything behind.

This trend is still going on, even though Galkot has been developing rapidly in terms of infrastructure and all-round development.

Before the enactment of new federal administrative units on 20 September 2015, different VDCs (Village Development Committee) and Wards were present under the Baglung’s central administration.

Galkot Municipality has ten (10) wards under its administration.

Galkot is rich with natural resources and cultural heritage. Thousands of domestic and foreign visitors visit here in a year.

After the formation of local government, wards and their elected representatives have been trying to establish Galkot as a major tourist destination in Nepal.

Some of the popular tourist destinations are:

One of the most historical assets of Galkot, Galkot Durbar was the palace of Malla kings who used to rule over Galkot during 22/24 states period.

Now, it has been a major attraction as many local and incoming visitors go here. This durbar has also been able to be on the mainstream media several times. Multiple musical and documentary videos have been shot here.

11,000ft above sea level, Ghumte boasts two temples on top; Siddhabhairab and Bhairab. Visitors and pilgrims scale the hill all around the year. Thousands of devotees rich to the temples to worship their god during Buddha Jayanti every year.

From the top of this hill, mind-blowing view of Dhawalagiri and Machhapuchhre, aerial view of Galkot valley can be observed with open eyes.

Gaighat Falls in Tarakhola Rural Municipality has been one of the go-to destinations for many recently.

With the maintenance and upgrades made and being connected by gravelled road, visitors have started touring Gaighat for picnic, fun and celebration.

Niluwa is at about an hour or two’s uphill walk distance from Hatiya and is one of the most beautiful and scenic valleys in Galkot.

Famous for picnics, camping and stay over Niluwa is the must be place for some chill-out with friends.

Even being hundreds of kilometres away from Kathmandu – the capital of Nepal, Galkot has been able to develop itself with the time.

With the Mid-Hill Highway connecting Galkot to entire Nepal, transportation is progressive.

Internet services are available and major mobile service providers have their coverage here.

Residents here have the choice of private and government schools to choose for schooling and offer classes up to undergraduate degrees.

Hatiya, Harichaur, Narethati, Dudilabhati are the popular markets providing all types of daily living food and supplies. Not to forget, many families here grow their own food and are independent.

One can reach Galkot by road, walk or by air.

Being 300km away from Kathmandu, several buses, taxi and micro-buses directly connect Galkot to Kathmandu. More than dozens of services are available from Kathmandu and from Hatiya.

Or one can transit from Butwal, Pokhara, Baglung, Narayanghat, Sunauli and several major destinations of Nepal.

The nearest airport is about 45km away in Balewa, Baglung, which isn’t functional at the moment. So only travel means by air is to take an hour’s chopper ride from Kathmandu or Pokhara.

By walk, once can reach here using different trails and routes.

For best suggestions of navigation please check Google Maps or this post.

Several public figures call Galkot their home. Some of them are:

How far is Galkot from Kathmandu?

Galkot is 318 km far from Kathmandu. It will take around 10 hours by drive.

It was one of the 22/24 states and now id divided into Galkot Municipality and Tarakhola Rural Municipality. And people still call the whole area as Galkot.

Galkot is developing rapidly. As people started to go to foreign countries, the economic status has improved and has all facilities available.

It has a very favourable weather condition. It is never too hot nor too cold. In summer the average temperature will be around 24 degree Celcius and about 16 degree Celcius in winter.